an iconic building and a wonderful asset to Bantry 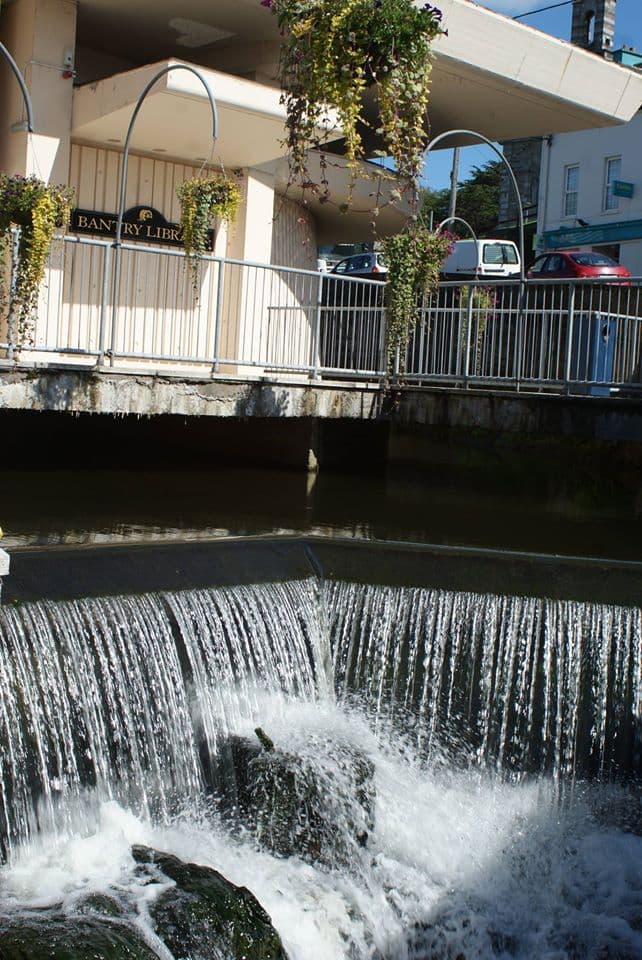 Bantry Library is one of Ireland’s most unusual examples of Modernist architecture.  It was designed in 1962 by the Cork County Council architect Patrick McSweeney, and the project was developed and overseen by his assistant, Harry Wallace. The design is said to have been conceived when McSweeney and his daughter were recovering from the ’flu and to pass the time he made a model of a library building. His excitement with this design led him to present the model to a Convention of Librarians in Dublin, where it was enthusiastically received.  Ten years later, after much local controversy about how the funding should be spent, the iconic building of Bantry library was built and it has been a wonderful asset to the people of Bantry ever since.

Bantry library is located on Bridge Street, just a few minutes walk from the town centre.  It provides an extensive range of books, audio books, CDs and musical instruments for rental.  It frequently holds events for adults and children throughout the year, including Story Time for children, book clubs and events for the West Cork Literary Festival.

Things to Do in Bantry

We have plenty more things to do in Bantry, be it Indoor, Outdoor or Heritage activites.  Bantry offers a variety of things to do for all the family.

Find Out More
We use cookies on our website to give you the most relevant experience by remembering your preferences and repeat visits. By clicking “Accept”, you consent to the use of ALL the cookies.
Cookie settingsACCEPT
Manage consent

This website uses cookies to improve your experience while you navigate through the website. Out of these, the cookies that are categorized as necessary are stored on your browser as they are essential for the working of basic functionalities of the website. We also use third-party cookies that help us analyze and understand how you use this website. These cookies will be stored in your browser only with your consent. You also have the option to opt-out of these cookies. But opting out of some of these cookies may affect your browsing experience.
Necessary Always Enabled
Necessary cookies are absolutely essential for the website to function properly. This category only includes cookies that ensures basic functionalities and security features of the website. These cookies do not store any personal information.
Non-necessary
Any cookies that may not be particularly necessary for the website to function and is used specifically to collect user personal data via analytics, ads, other embedded contents are termed as non-necessary cookies. It is mandatory to procure user consent prior to running these cookies on your website.
SAVE & ACCEPT